How I Made My Career in Hollywood 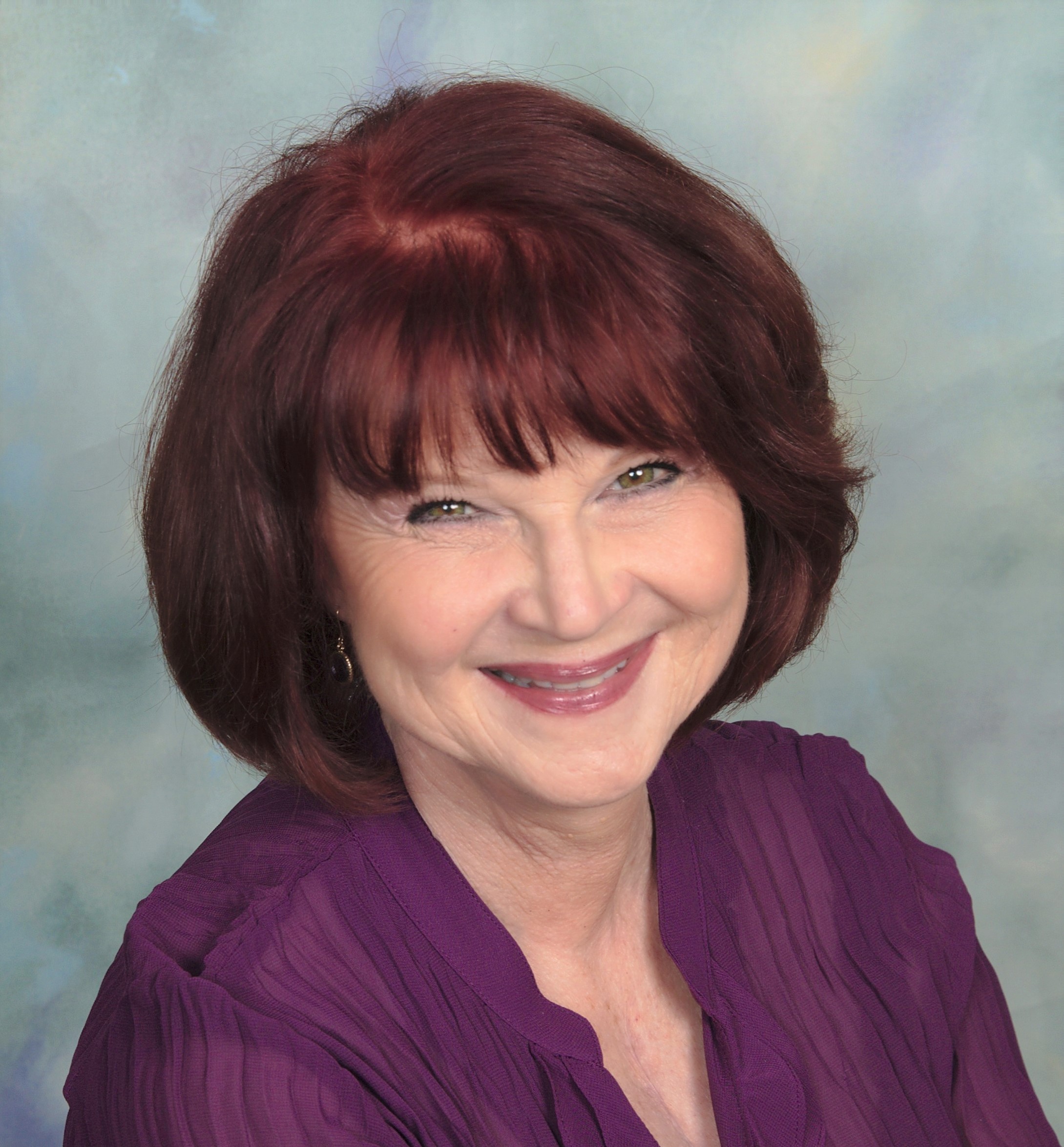 My parents raised me to have values, to never be afraid of hard work, to know right from wrong and to live by those standards, no matter what.

Growing up  I worked in a retail store and during the summer picked berries at the local farms. My father doubled what I earned if I put it away into a savings account. From him, and that gesture, I learned about paving the way for the future. One of the best lessons of my life.

During my senior year of college in Los Angeles, I worked as an unpaid Intern at The Mark Taper Forum in downtown LA at the Music Center. It was a thrill to go to work at the biggest theatre collection in LA. I got to meet actors, rehearse lines with them, learn how productions are mounted and I earned my first credits as a Production Assistant.

I went to explore European theatre after graduation and offered my free services to every theatre director I could make contact with. I sent them letters, I made repeated phone calls and I showed up with my resume in hand. I wouldn’t take “no” for an answer and negotiated my way into observing and then finding ways to be helpful and serve. I ended up getting jobs as a volunteer on French and English productions, and those directors connected me with directors in Poland, Denmark and Berlin. I was able to watch rehearsals, meet the actors and even apprentice with the directors for a few weeks. I learned a lot from these companies. One company of actors lived an aesthetic life by rising at dawn, going for a run, sharing a sparse breakfast and rehearsing all day. There were cinema breaks at night and early to bed. They were disciplined,  physically toned and committed to the work. This was Eugenio Barba’s Odin Teatret Company in Holstebro, Denmark. https://odinteatret.dk/about-us/eugenio-barba/. I had to walk through a blizzard to get to the snow. When I arrived the theatre group helped thaw me out and welcomed me to their theatrical experiment.

In Poland I watched the Jerzy Grotowski ensemble rehearse Akropolis. https://www.britannica.com/biography/Jerzy-Grotowski. In Paris, I worked with Clifford Williams on his  French version of Sleuth. He had directed Oh Calcutta! in London and when the heating broke, the actors refused to work.(The show was performed in the nude.) His Associate Director had to return to London to deal with the situation which left me, as the unpaid volunteer, suddenly in the position of Associate Director in Paris, France with Clifford Williams. He let me select the costumes for the actors and he invited me to come to London and work with the Royal Shakespeare Company if I wanted to. https://www.theguardian.com/news/2005/aug/22/guardianobituaries.artsobituaries

This led directly to working with Michel Fagadau, a  French director at Théâtre de la Gaîté-Montparnasse,  who was mounting The Indian Wants the Bronx by Israel Horovitz. https://www.jesuismort.com/tombe/michel-fagadau#general. I was able to assist with the translation (English to French) and understanding the American idioms, I could explain the meaning to the actors.

I was fortunate enough to meet Peter Brook, a famous English director, and observe the rehearsals for his wordless theatre experiment subsidized by the Persian government. The  2500th year anniversary of the Persian Empire was an international spectacle and Peter Brook’s troupe was invited to perform at the celebration in Isfahan. https://en.wikipedia.org/wiki/2,500_year_celebration_of_the_Persian_Empire. My job was to sweep the mats after rehearsal and clean up the rehearsal space. I happily traded those services for the opportunity to watch a genius in action.

During my 18 months in Europe, I also toured by train and took in as much theatre in as many major cities as I could. The Schiller Theater in Berlin, was wonderful as were theatre companies in Copenhagen, Amsterdam, Italy, London and Dublin. After a year and six months abroad, I admit I was homesick and decided to return to the USA. The Mark Taper Forum graciously took me back, this time as a paid Production Assistant and Assistant Stage Manager. I was creatively filled with my exciting experiences, and I was eager to accelerate. It would be a slow process at Center Theater Group, and I decided to opt for climbing the rungs of the television ladder instead.  At the end of the theater season, I left the Mark Taper Forum and sought employment in the TV industry. I was fortunate that one of the first jobs I applied for the required experience in the theatre. I got the job because of my knowledge of theatre, even though I was new to television.

I worked hard. I volunteered to do everything nobody else wanted to do in my new area of show business. I ingratiated myself with the director and was always available, with a smile on my face, to handle what needed to be accomplished. I learned about union regulations, taught myself the legal aspects of each performing union and became an asset to the production team. I always said, “I can do that,” and did. The director allowed me to sit in on the postproduction and editing sessions, I took notes and kept track of the reels. He kept me on for the next special he directed. https://www.linkedin.com/in/peter-calabrese-1104ba4 and I made myself useful wherever I could.

Once I had gotten my feet wet and learned basic television production details, I was hired by Dick Clark Productions where I worked on The Rock and Roll Years, In Concert and then moved to ABC Network to work on California Jam 1974 https://www.dailybulletin.com/2014/04/04/california-jam-festival-rocked-ontario-in-1974/   which was the California equivalent of Woodstock.

I was part of the founding year of The American Music Awards and was steadily employed by the Dick Clark Company for about 2 years. I met Joshua White who had been flown in from New York and he became my directing mentor and supporter for the next 20 years. http://www.joshualightshow.com/about-recent/joshua-white

Josh and I worked together on Neil Diamond’s Australia Tour and television broadcast. Australia had just gone from black and white to color broadcasting the year before. We went LIVE to 38 cities. https://www.dvdtalk.com/reviews/33730/neil-diamond-the-thank-you-australia-concert-live-1976/. We worked on a host of other projects like specials for The Monkees, and assorted projects that came along.

From there, I went on to produce and direct some of my own shows like: Raquel Welch in Las Vegas, http://www.vegasretro.com/entertainers/9_raquel_welch_st.html  and several other star-studded specials for sponsors, including Vic Damone, Carol Lawrence and Barbara Eden.

I became very busy and, at 26, was one of the youngest music show producers around. After burning myself out on 5 or 6 specials, one after another, I went to work for Bob Stivers Productions on Circus of the Stars. https://en.wikipedia.org/wiki/Circus_of_the_Stars. I spent the next three years working on his network shows: People’s Choice, Awards, Command Performance and three in a row Circus of the Stars specials. I even directed a documentary on the making of Circus of the Stars.

My work caught the eye of the sponsors, Procter and Gamble and they hired me to help them create and deliver shows for cable. My company and I made over 250 episodes for them and created the first infomercials within a half-hour sponsored show. We also produced commercials for their brands.

I ran my own company for about ten years and then wanted to have a life that wasn’t bi-coastal and 24 hours a day. I was overworking myself and I could feel the toll it was taking on me.  I scaled back and took a couple of jobs directing talk shows and kept busy that way for a couple of years. It was then I took the time to have a personal life and I got married.

In time, having made a lot of wonderful connections in the industry, I was invited to do some consulting for Universal Studios Hollywood on some holiday special events for the theme park. After a time, the consulting gigs netted me a full-time job in the company. I became Vice President of Production and Development for Universal Studios Hollywood. I turned a service department into a revenue stream and stayed in my position for four years until I missed active production. I left to get back into the mainstream.

Since then I have worked as a director, producer, consultant and writer. I am actively working on two different series shows for network and cable companies. And, as with everything, it’s both what you know and who you know. I am expecting to be on the air within the next year, this time as the creator and executive producer of a dramatic series.

What I learned is that you have to put the production first and your needs second. (Remain healthy and take care of your body, too.)  You have to stay alert, find a need and fill it. Where there is a lack, figure out a way you can supply the answer. Never stop learning. Ask questions, take notes, value everyone’s time and be nice to everyone. You never know who is going to create the next hit show, it could be you, or it could be the person who brings the mail.  Always keep an open mind and be on time. The greatest talents of all time have paid attention to the theatrical discipline and respect for being on time. It is a gift and an honor to be able to have the opportunity to entertain someone or create a show that comes into their living rooms. Respect that privilege and never take it for granted. If you do these things, you will have a wonderful time in the entertainment business.  Choose not to do these things and you’ll be the one at home watching other people’s work.

Seriously, my greatest advice to newcomers is to stay humble, enjoy every rung on the ladder of the creative process even if you start out sweeping the floor the ladder is standing on.  One day, you’ll be giving advice to young people just starting out, what will you tell them?