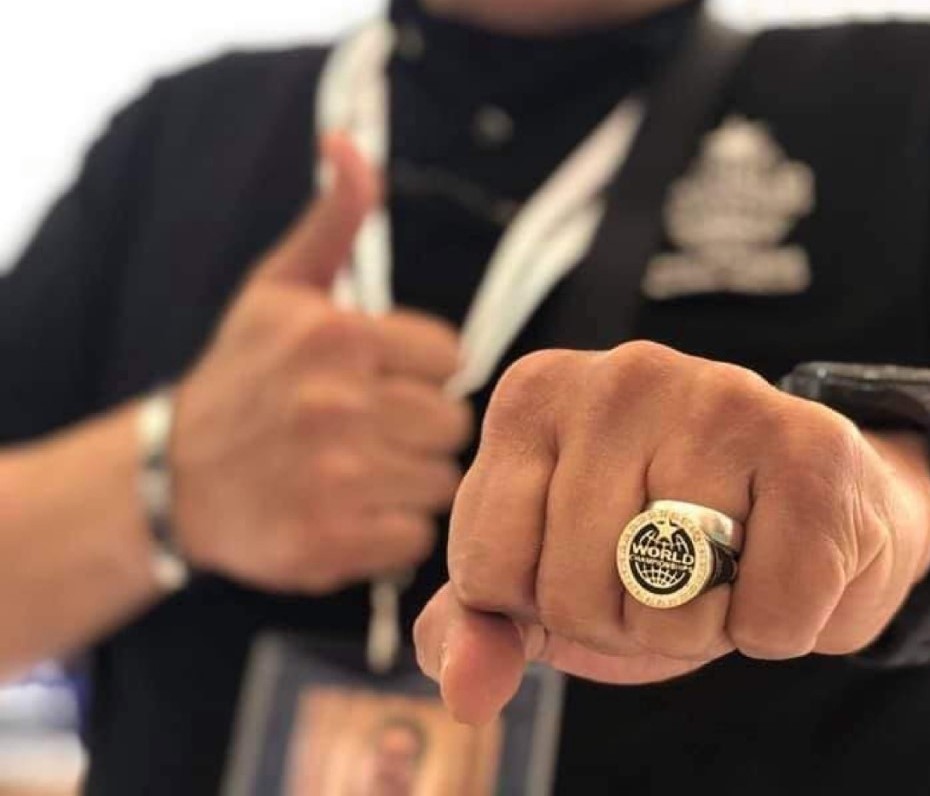 Each year outstanding National Directors from over sixty countries work extremely hard to build organizations in their respective countries with the ultimate goal of sending a team to the World Championships of Performing Arts.  Every Director has a unique set of talents they bring to the position and each are valuable to the success of WCOPA.

Below are a few directors spotlighted who have achieved above and beyond the goals set.

Gerry Mercado rated as a Superior National Director and as shown above received a diamond 14K gold ring to mark this achievement.  He has achieved the highest level awarded to a many National Director.  With the help of his wife Annie, Team Philippines is an extraordinary well structured organization.  Their ability to raise funds, work through Visa processes and recruit talent makes all who work for Team Philippines and Gerry Mercado logistical superstars.

Ellen Roux received the rating of Outstanding National Director.  She holds the second highest rating among National Directors.  The Team South Africa organization conducts an extraordinary National competition each year as a preliminary to the World Championships of Performing Arts.  Ellen Roux has been with WCOPA for 24 years making her the director with the most seniority.